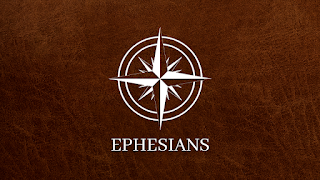 In our study today we continue in the book of Ephesians where Paul begins talking about practical matters regarding how believers should walk in their faith. He does this by looking at how the unbelieving walk and why they do so.

Verses 18-19: Having the understanding darkened, being alienated from the life of God through the ignorance that is in them, because of the blindness of their heart: Who being past feeling have given themselves over unto lasciviousness, to work all uncleanness with greediness. He goes on to describe these Gentiles as doing so because their understanding has been darkened, and consequently, they have been alienated from the life of God because of their ignorance and blindness to the truth. The latter part about giving themselves over to lasciviousness, to work all uncleannes with greediness is a reference to sexual sins and other vices and reminds me of Romans 1:18-25.

Verses 20-21: But ye have not so learned Christ; If so be that ye have heard him, and have been taught by him, as the truth is in Jesus: He is now comparing those who are vain in their thinking (verse 17) with those who have learned Christ. The NIV translates it come to know Christ that way. In words he is speaking to those who heard him, and have been taught by him. Of course, this today happens through the Word. As such, we know that truth is in Jesus (John 14:6).

Verses 22-23: That ye put off concerning the former conversation the old man, which is corrupt according to the deceitful lusts; And be renewed in the spirit of your mind; His point is that the believer who has learned Christ, heard him, taught by him, and come to the understanding that the truth is in Jesus, should live differently and not according to their deceitful lusts (1 John 2:15-17).

Notice that the lusts are deceitful. In other words, we should not live like we used to with this newfound knowledge. Instead, we are to be renewed in the spirit of our minds. Why? - Because the former was corrupt. The word renewed is to be renovated or reformed (2 Corinthians 4:16; Colossians 3:10).

Verse 24: And that ye put on the new man, which after God is created in righteousness and true holiness. I can't help but notice that the renewing and the putting on of the new man requires action on our part. I have found that nothing in this walk merely happens by osmosis which is the idea of a gradual or unconscious assimilation of ideas, knowledge, etc. Our walk with the Lord does not happen like that at all.

Verses 26-27: Be ye angry, and sin not: let not the sun go down upon your wrath: Neither give place to the devil. This verse is not saying that we are not to be angry, but to not let it lead us into sin by letting the sun go down on it, thereby giving place to the devil in our lives. The verse follows verse 25 which spoke of speak truth to every man because we are members of one another. The point is that we are not to let our anger boil over and get worse. Instead, we are to put away lying and speak the truth.

Posted by Dwayne Spearman at 1:31 PM