“If your actions inspire others to dream more, learn more, do more and become more, you are a leader.” - James Madison

Leadership Without Titles?
Posted by Dwayne Spearman at 1:03 PM No comments:

The Locust of Joel

I was studying the book of Joel today and I was particularly drawn to Joel 1:1-4 where it describes the locusts that were going to be used by God as an instrument of chastisement because of the sins of his people. These verses are actually describing the same insect at different stages in it's development according to most biblical scholars.

The first stage is the palmerworm. It is the word gazam in Hebrew and it describes a locust that is just out of the egg and still without wings. The word actually means "gnawer". It doesn't eat much but because of its size is only able to mar the fruit and thus start the ruination process. As their wings begin to develop they swarm.

The second stage is the cankerworm. It is the word yekeq in the Hebrew and means "devourer". This is a fully developed adult that has a large mouth and an insatiable appetite.

The third and final stage is the caterpillar. The word used in chaciyl which means "consumer". In this final stage the locust strips whatever remains of the fruit.

In the final analysis, God is saying that his judgement will be thorough.


Posted by Dwayne Spearman at 7:25 PM No comments: 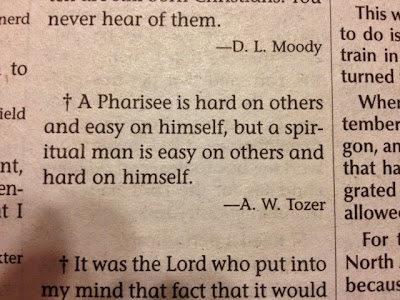 Posted by Dwayne Spearman at 4:48 PM No comments: