Are We Justified by Works? 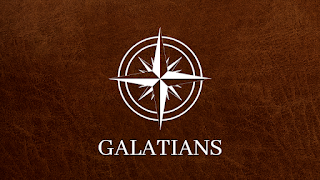 However, please understand that Paul was not saying that the Jews were not sinners as well. He had said as much in Romans 3:23 when he said that all have sinned and come short of the glory of God.  It also needs to be understood that Paul here was not addressing all Jews but only those who know that a man is not justified by the works of the law, but by the faith of Jesus Christ. The language makes it clear that he is addressing those Jews who had placed their faith in Christ and not the Law. This would mean that they were grace believers.

Also, James 2:20-26 also said the exact opposite when he said, But wilt thou know, O vain man, that faith without works is dead? Was not Abraham our father justified by works, when he had offered Isaac his son upon the altar? Seest thou how faith wrought with his works, and by works was faith made perfect? And the scripture was fulfilled which saith, Abraham believed God, and it was imputed unto him for righteousness: and he was called the Friend of God. Ye see then how that by works a man is justified, and not by faith only. Likewise also was not Rahab the harlot justified by works, when she had received the messengers, and had sent them out another way? For as the body without the spirit is dead, so faith without works is dead also.

It is pretty apparent that Paul and James are contradicting each other in these verses. What gives? The men were obviously saying two different things because they were addressing different audiences. Paul was the apostle to the Gentiles and James was writing to the Jews who were still under the Law. Like many in the church today, I spent years trying to harmonize the glaring contradictions until I came to realize that.

Posted by Dwayne Spearman at 2:21 PM No comments:

Wherefore God also gave them up to uncleanness through the lusts of their own hearts, to dishonour their own bodies between themselves: Who changed the truth of God into a lie, and worshipped and served the creature more than the Creator, who is blessed for ever. Amen. For this cause God gave them up unto vile affections: for even their women did change the natural use into that which is against nature: And likewise also the men, leaving the natural use of the woman, burned in their lust one toward another; men with men working that which is unseemly, and receiving in themselves that recompence of their error which was meet. - Romans 1:24-27

Well, what do you know? These verses are still in the Bible even during the month of June.

Posted by Dwayne Spearman at 10:30 AM No comments: