In today's study, we continue to look at the prophecy of the coming Messiah, his crucifixion, and the foretold destruction of Jerusalem that would result. 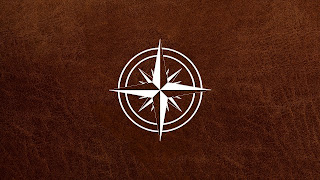 Verse 26: "And after threescore and two weeks shall Messiah be cut off, but not for himself: and the people of the prince that shall come shall destroy the city and the sanctuary; and the end thereof shall be with a flood, and unto the end of the war desolations are determined." "After threescore and two week" is another way of saying Notice that "after sixty-two weeks" or after the week afore mentioned which were 62 and 7, or 483 years.

Notice, that the "Messiah shall be cut off". This of course was a prophecy the Messiah would be rejected and crucified. This happened just days after Jesus entered the eastern gate on Palm Sunday. It says that in Matthew 21:9, "Then the multitudes who went before and those who followed cried out, saying: "Hosanna to the Son of David! 'Blessed is He who comes in the name of the Lord!' Hosanna in the highest!" And just a few days later the same crowd cried "Let him be crucified" in Matthew 27:23.

Notice that it also says, "And the people of the prince who is to come." There is a difference in "Prince"(Anointed One) in verse 25 and "prince"(ruler) here in this verse. The "prince" (ruler) spoken of here was the Roman General Titus. An interesting note, his was none other than Vespasian who was crowned emperor of Rome just prior to Titus entering into Jerusalem fulfilling the "prince" portion of this prophecy.

Notice also, "And the people of the prince who is to come shall destroy the city and the sanctuary." Remember the comment that Jesus made in Luke 19:42 when he said, "If thou hadst known, even thou, at least in this thy day, the things which belong unto thy peace! but now they are hid from thine eyes." So, this prophecy was first delivered here in Daniel, reiterated by Jesus, and fulfilled in 70AD by Titus!

Jesus even said in Luke 19:41-44 that Jesus said that they would not even leave "one stone upon another" Interestingly, when Titus' troops came into the city, they were told not to touch the temple, yet somehow it caught on fire, and in their greed, they tore the stones apart to get the gold that had melted into them as a result of the heat. Also, historically, they used the proceeds from the looting to pay for the Roman Coliseum that was built with Jewish slave labor.

And then finally, notice that it says that the "end of it shall be with a flood, and the end of the war desolation are determined." As a result, the end of the nation came and the Jews were dispersed, not to be regathered until 1948.

Posted by Dwayne Spearman at 6:13 AM No comments: