Today we pick up in Daniel 1:6 and complete the chapter. We see the commitment level of Daniel and his friends to remain pure and undefiled in spite of the obvious pressure that was being placed upon them by their new culture. We also take a closer look at the issue of peer pressure and call to obedience in all of our lives. 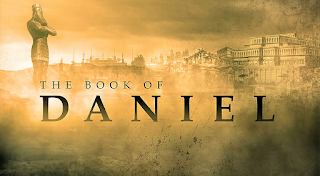 Pagan Babylonian Names
vv.6-7 Now among these were of the children of Judah, Daniel, Hananiah, Mishael, and Azariah: Unto whom the prince of the eunuchs gave names: for he gave unto Daniel the name of Belteshazzar; and to Hananiah, of Shadrach; and to Mishael, of Meshach; and to Azariah, of Abednego. The names of the young Hebrews were changed to pagan Babylonian names. Daniel means "God is Judge" and Belteshazzar means "Bel's Prince." Hananiah means "Beloved of the Lord" and Shadrach means "Illumined by the Sun." Mishael means "Who is as God?" and Meshach means "Who is like Shach?" Azariah means "The Lord is my help" and Abednego means "The Servant of Nego. " No doubt this was part of the effort to integrate them culturally into Babylon.

Fifteen Years Old
v.8 But Daniel purposed in his heart that he would not defile himself with the portion of the king's meat, nor with the wine which he drank: therefore he requested of the prince of the eunuchs that he might not defile himself. Daniel was about 15 years old at this time, and yet he was determined to live a life of purity and commitment to God. What was the problem with the food? - It wasn't kosher in that it violated the Jewish dietary laws and it had obviously been sacrificed to a false god. We must understand that in the Eastern culture that sharing a meal with someone expressed oneness. That was what was so heart wrenching about Judas's decision to betray Christ just after he had eaten with him.

Under Pressure to Conform
Can you just imagine for a moment the pressure that Daniel and his friends were under to conform? That pressure is on us all of the time. cf. On the job, in school, and even in the church. Everything that the Babylonians did by renaming them, forcing them to eat of the king's diet, forcing them to learn the Babylonian language was all part of trying to force them to break their commitment with God. Babylon wanted them to conform. The world also wants us to conform.

Daniel's Commitment
vv.9-10 Now God had brought Daniel into favour and tender love with the prince of the eunuchs. And the prince of the eunuchs said unto Daniel, I fear my lord the king, who hath appointed your meat and your drink: for why should he see your faces worse liking than the children which are of your sort? then shall ye make me endanger my head to the king. He had every right to fear this king.

Note: Some Rabbinical writings say that he was a descendant of the Queen of Sheba.

Neb was pretty rough (Jer 29:22; Jer 39:6-7). Notice that God blessed Daniel's commitment to live for Him by causing the official to show favor and sympathy toward Daniel. It has been said that God's way may not be popular and the path of holiness may not be well-traveled, but it is always the right way.

Violation of Conscience
vv.11-14 Then said Daniel to Melzar, whom the prince of the eunuchs had set over Daniel, Hananiah, Mishael, and Azariah, Prove thy servants, I beseech thee, ten days; and let them give us pulse to eat, and water to drink. Then let our countenances be looked upon before thee, and the countenance of the children that eat of the portion of the king's meat: and as thou seest, deal with thy servants. So he consented to them in this matter, and proved them ten days. To avoid eating the king's food, and defile themselves, they asked that they are given simple nourishing food instead, i.e., vegetables and water, for ten days as a test.

God is Faithful
v.15 And at the end of ten days their countenances appeared fairer and fatter in flesh than all the children which did eat the portion of the king's meat. In the end, they looked healthier and more nourished than the other young men. God was faithful to them. I too have found that God is always faithful even when I am faithless at times. You know, it's far better to please God, than to please the world. God will always prove Himself faithful if you do it His way. Dr. Adrian Rogers used to say that when Noah went into the ark, he was in the minority, but when he came out, he was in the majority, and that he would rather be right and in the minority than be wrong and be in the majority. He was so right!

God's Faithfulness
v.16 Thus Melzar took away the portion of their meat, and the wine that they should drink; and gave them pulse. Thus, we see God's faithfulness. If you do things God's way, He will always bless. Of course, I do not believe that those blessings may necessarily come in this life.

Vegetarian
v.17 As for these four children, God gave them knowledge and skill in all learning and wisdom: and Daniel had understanding in all visions and dreams. I have heard some actually suggest this is a proof text for vegetarianism. Nope. They were blessed not because of their diet, but their obedience. Now, if you want to be a vegetarian, go for it, but don't use the Bible to justify it.

Obedience
vv.18-21 Now at the end of the days that the king had said he should bring them in, then the prince of the eunuchs brought them in before Nebuchadnezzar. And the king communed with them; and among them all was found none like Daniel, Hananiah, Mishael, and Azariah: therefore stood they before the king. And in all matters of wisdom and understanding, that the king enquired of them, he found them ten times better than all the magicians and astrologers that were in all his realm. And Daniel continued even unto the first year of king Cyrus. Why do you suppose this happened? - Obedience. I believe that we in our day, struggle hard with the concept of full and complete obedience both in and out of the church. I believe that it is probably one of the greatest sins that I see in the Body of Christ today (Luk 6:46).

Far too many give God lip service, but not life service. I am reminded of what God told King Saul through the prophet Nathan in 1Sam 15:22-23. Notice that God calls it rebellion and says that it is compared to witchcraft. Of course, witchcraft is a means of divining to find direction from another source. Saul was accused of this when he went to the Witch of Endor instead of coming to him. It cost him his throne and life.

I once read that 93% of the churches in North America have either plateaued and/or declining. Why? - Disobedience. Francis Chan accurately once said, "The thought of a person calling himself a "Christian" without being a devoted follower of Christ is absurd" and yet our churches are full of them. The Bible says in I John 2:3-4, And hereby we do know that we know him, if we keep his commandments. He that saith, I know him, and keepeth not his commandments, is a liar, and the truth is not in him.

To continue quoting Chan, he says, "Call me crazy, but I think those verses mean that the person who claims to know God but doesn't obey His commands is a liar and that the truth really isn't in him. Guys, and gals, a disobedient Christian is an oxymoron (contradiction). Jesus said in John 14:21 that he that hath my commandments and keepeth them is he that loveth me.

Is it even possible to go to heaven without truly and faithfully loving Jesus? The answer to that question in the Bible is painfully and clearly, "No!"