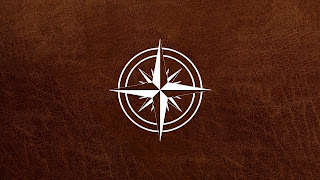 We continue in our study of the book of Galatians today where we see Paul telling how that after he visited Peter in Jerusalem had made his way into Syria and Cilicia where he was unknown by face, but reputation only, and that they marveled that he who had persecuted them in time past was now preaching the faith that he had once destroyed.

Verses 21-24: Afterwards I came into the regions of Syria and Cilicia; And was unknown by face unto the churches of Judaea which were in Christ: But they had heard only, That he which persecuted us in times past now preacheth the faith which once he destroyed. And they glorified God in me. After Paul met with Peter after three years in Arabia and Damascus, he travels into the regions of Syria and Cilicia (Acts 11:25).

What does he mean when he says that he was unknown by face unto the churches of Judaea? It may simply mean that they did know him personally as a result of his earlier persecutions, but they did know him by name and reputation as but they had heard only implies.

Notice also that these churches were in Christ. Make no mistake, these were kingdom churches. No doubt they were saved, but in a different manner. Remember, they were in the kingdom program and we are in the grace program. One way of looking at it is that they were in the vine, and we are in the body, but both are in Christ, but in different ways. Their remaining in the vine required that they abide there while our being in the body only requires faith. We see this clearly in John 15:1-10 and Romans 10:9-10.

Notice he which persecuted us in times past now preacheth the faith which once he destroyed. The faith that he once destroyed was that of the kingdom believers. Again, he never persecuted the grace believers.

Notice also that they glorified God in me. This makes it clear to me that he was not preaching the grace gospel to them at this time, or they would not have felt this way at all. Instead, they would have been hostile towards him. Whatever he said was not in conflict with Peter's message to them.

This chapter is the first time Paul mentions that he has received the mystery. At least to me, Paul makes it pretty clear in 1:21 that he had not received it prior to his visit to Jerusalem and travels into Syria and Cilicia.

Notice that he also had Barnabas and Titus with him. Barnabas was a kingdom believer who was there when Paul approved the stoning of Stephen, like Paul, but Titus was a gentile convert under the grace gospel because he refused to be circumcised in verse 3. The meeting he is referring to is commonly called the Jerusalem Council which occurred in Acts 15.

Posted by Dwayne Spearman at 7:31 PM