Should Women Be Ordained? - Part 12 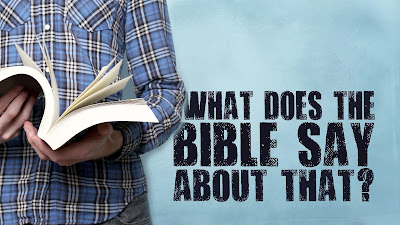 This is part twelve in a series on what the Bible says in regards to the ordination of women in the church. Again, instead of rewriting what I believe has already been well laid out, I am sharing Dr. Jim Feeney’s writings on the subject for your edification. He confronts the issue by responding to the most popular arguments made in its defense. You may disagree, and that is your right, but please be able to point to the Bible for your reasons and not the culture which is normally wrong.
Argument #13: “Being a wife and mother is a wonderful thing. But I have spiritual gifts and callings that need a larger expression beyond the home.”
A Biblical Response: Yes and no.
•• Yes — The assembled church congregation provides an excellent opportunity for men and women alike to minister in the multitude of ways open to both sexes. For example, prayer, gifts, serving, praise and worship ministries, and a multitude more. The two roles reserved for men, as we have already discussed, are the church authority roles and the pulpit ministry to the assembled church.
•• No — Probably the most elaborate teaching in the Bible on the virtuous woman is found in Proverbs 31:10-31. A similar, shorter list of the traits of godly women is found in Titus 2:3-5. One of those positive womanly traits is “to be busy at home” (Titus 2:5), rendered in the King James Version as “keepers at home”. There is no doubt that the prevailing teaching of the Bible specifies the home as the woman’s prime place of fulfilling her God-given role on earth. Let me offer some biblical observations confirming that.
• In the descriptions of the virtuous, God-fearing woman in Proverbs 31 and Titus 2, not one of the godly traits listed referred to prayer, Bible reading, “quiet time”, and the like. Should these be part of the virtuous woman’s life? Of course! But it cannot be ignored that in both those Scripture portions, the things for which the virtuous woman was praised were predominantly domestic and family-oriented.
• Note that in Proverbs 31 the virtuous woman is deeply involved with the domestic needs of “her family” (vs. 15), “her household” (vss. 21, 27). Meanwhile, “her husband is respected at the city gate, where he takes his seat among the elders of the land” (vs. 23). The modern “Women’s Liberation” movement scoffs at this type of biblical thinking and has, as a result, inflicted great harm upon the American family in the past several decades. Sad to say, that same antibiblical feminist thinking has been slowly permeating the American Church, with predictably similar results as the biblically distinct roles of men and women, husbands and wives, fathers and mothers, are blurred and in some cases eradicated.
Argument #14: “Women are intelligent, capable, and spiritually gifted. Why should they be excluded from being elders of a local church?”
A Biblical Response: Women do not qualify Scripturally as elders in the local church for a variety of biblical reasons:
•• Eldership by its very nature is a ministry of authority in the church — for example (1 Timothy 5:17, KJV), “the elders that rule well”. A woman being an elder would violate the prohibition of women having authority over men in the church (1 Timothy 2:12).
• One of God’s indictments of backslidden Jerusalem and Judah was (Isaiah 3:8, 12) “Jerusalem staggers, Judah is falling ... Youths oppress my people, women rule over them. O my people, your guides lead you astray; they turn you from the path.” God has from earliest times placed men in positions of spiritual leadership. For example (Psalm 77:20), “You led your people like a flock by the hand of Moses and Aaron.”God did not lead His people by the hand of Moses, Aaron, and their sister Miriam. Moses subsequently appointed seventy men as anointed elders (Numbers 11:24-25). God through Moses also appointed the sons of Aaron to serve as the priests leadingIsrael’s service at the Tabernacle and the later Temple (Exodus 28:1).
•• New Testament church elders are biblically defined as being males — “the husband of but one wife” (1 Timothy 3:2 and Titus 1:6).
•• On a very practical level, difficulties in the area of biblical purity can arise in the process of appointing women as elders in the church. I asked a pastor friend of mine if he intended to ordain women as elders in his church. He said “no” for the following reason. To raise up a good elder, he said, the pastor must spend much time, sometimes one on one, getting to know that person very well, finding out if their life is in biblical order. He will counsel the elder candidate. The pastor and the elder candidate may travel together on sick calls, hospital visits, and other similar practical training activities. In sum, this pastor said, it is inappropriate for a pastor to spend that kind of personal time alone with a woman other than his wife.
•• Permit me at this point to make a related observation concerning traveling ministry. Sometimes church leaders, elders, etc., go out on ministry travel in small groups. A simple, biblical observation is that it is not good to have mixed groups of men and women, not married to each other, traveling together. A seldom-mentioned Scripture that directly addresses this subject is 1 Corinthians 9:5 — “Don’t we have the right to take a believing wife along with us, as do the other apostles?” This verse reveals to us that the early Church’s married apostles customarily had their wives travel with them. They understood the importance of having safeguards for biblical holiness and purity.
Posted by Building Lives International at 10:55 AM