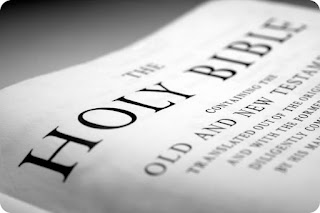 Another problem that I see in the church today is that we do not seem to acknowledge that the gospel that Christ and the Apostles taught is not the same gospel that we teach today. As I mentioned in my last blog post, the mystery of the church was not revealed to the Apostle Paul until sometime after Acts 9 and his conversion (Galatians 1:6-12). The bottom line is that those in the Gospels, Christ and the Apostles, and those in the first several chapters of Acts, where teaching a Kingdom Gospel that required repentance and baptism, while the Apostle Paul only taught belief as the sole requirement for salvation.

When I speak to people about this issue, they are pretty quick in acknowledging that there are some differences between the two gospels I just mentioned, but when it comes to the book of Acts, this is where they normally start resisting and digging their heels in because they have been incorrectly taught for so long. That is when I challenge them to show me how the message of the Apostles changed after the death and resurrection of Christ in the first several chapters of the book. It is obvious that it did not. They were still preaching the Gospel of the Kingdom. It is also obvious that there is some type of transition taking place in this book. For example, after Peter’s first sermon in Acts 2, the people asked him, what shall we do? (Acts 2:37), and his response was repent, and be baptized every one of you in the name of Jesus Christ for the remission of your sins, and you will receive the gift of the Holy Ghost (Acts 2:28). Did you see that? He didn’t say anything about just believing in the death, burial, and resurrection at all. Instead, he said repent and be baptized: still the Kingdom Gospel. Later on in the same book, after the conversion of Paul, he was asked the same question when the keeper of the prison asked, Sirs, what must I do to be saved? (Acts 16:30), and Paul simply said, Believe on the Lord Jesus Christ, and thou shalt be saved (Acts 16:31). Their responses were totally different. Why? – The Gospel of the Kingdom and the Gospel of Grace are different. You and I do not teach the Gospel of the Kingdom, but it will be preached again during the Tribulation or what is also called Daniels’ Seventieth Week by the 144,000 (Daniel 9:27; Matt 24:14; Revelation 7). There is no way to harmonize the Gospel of the Kingdom and the Gospel of the Grace. One did not just "become" the other.

The book of Acts should be seen for what it is; a book of transition. There is no doctrine for the church in it. You can’t take the things that happened during that period in which the Kingdom offer was still on the table, preceded by signs and wonders according to Joel 2:28-29, and apply it to the church. If you do, and most of the church tries to, it will only lead to confusion at best and heresy at worst.

In conclusion, notice the transition throughout the book. In Acts 2:45 it says that they sold all of their possessions, and in Acts 11:29, a collection has to be taken from the church at Antioch, where they were first called Christians (Acts 11:26), (by the way, the church today has far more to do with Antioch than Jerusalem) for the Jews in Jerusalem’s very survival. In Acts 12:11, we see Peter being delivered by an angel, and in Acts 26:32, we see Paul still under arrest and being sent to Caesar. Obviously, something had changed. In Acts 1:14, 2:1, 2:26, 4:24, and 5:12, they were all in accord, and yet when we reach Acts 28:25, they agreed not among themselves, they departed, after that Paul had spoken one word. There is no way around it. A transition had taken place.